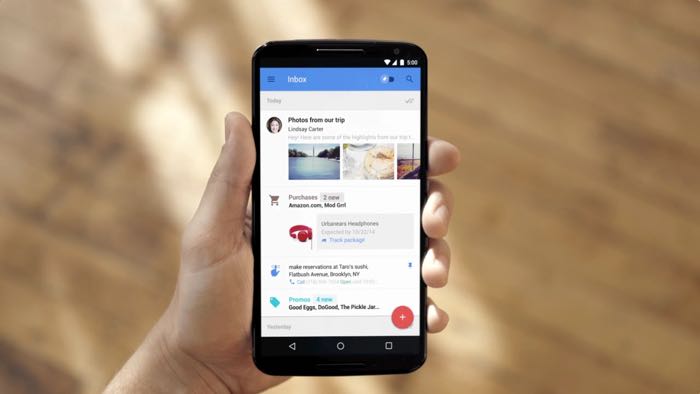 Google has announced the launch of a new email app that is designed to be an alternative to Gmail, called Google Inbox, and the app is only available by invite at the moment.

Google has send out the first round of invites to their new Google Inbox app, and people who are invited will also be able to invite their friend to try out the app.

Today, we’re introducing something new. It’s called Inbox. Years in the making, Inbox is by the same people who brought you Gmail, but it’s not Gmail: it’s a completely different type of inbox, designed to focus on what really matters.

Email started simply as a way to send digital notes around the office. But fast-forward 30 years and with just the phone in your pocket, you can use email to contact virtually anyone in the world…from your best friend to the owner of that bagel shop you discovered last week.

You can find out more details on the new Google Inbox app over at Google at the link below, as yet there are no details on exactly when the app will be available for everyone.