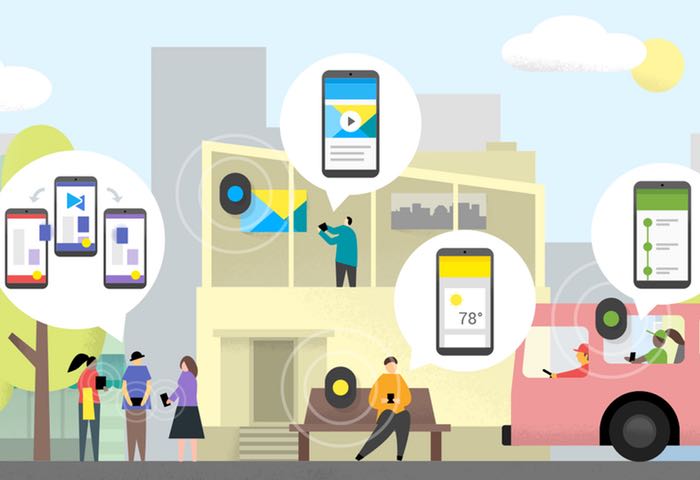 Google has this week launched a new computer to Apples iBeacon technology with the release of Eddystone via an Apache 2.0 open source license on Github.

Eddystone has been created by Google to provide developers with a more extensive and robust platform for creating projects that work with beacons.

Google also announced the launch of two new APIs for developers to get their hands on in the form of the Nearby API for Android and iOS and the Proximity Beacon API. Google explains more about Eddystone.

Beacons are all about adding context to the world whether at a specific place like your favorite store or moving around like a taxi. With this context, you can provide an experience for your user that requires fewer steps while being richer and more relevant.

Eddystone is a protocol specification that defines a Bluetooth low energy (BLE) message format for proximity beacon messages. It describes several different frame types that may be used individually or in combinations to create beacons that can be used for a variety of applications. The design of Eddystone has been driven by several key goals:

For more information on the new Google Eddystone platform jump over to the GitHub website for details via the link below.