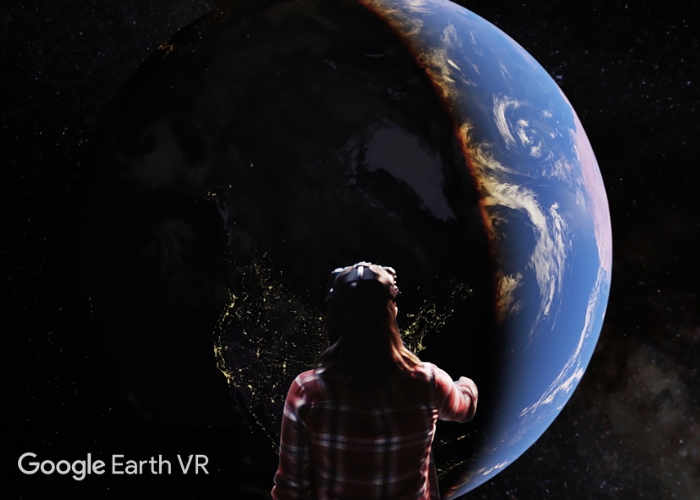 Those of you lucky enough to already own a virtual reality headset will be interested to learn that Google has released a new virtual reality experience in the form of Google Earth VR.

Google Earth VR has been created to bring the “whole world to virtual reality” and is now available to download for free and view using the HTC Vive headset. Earth VR is expected to be made available for Google’s Daydream VR headset and other platforms next year.

Check out the announcement video below to learn more about what you can expect from the Google Earth virtual reality experience.

Google explains more about Earth VR and its creation.

The world has so many beautiful and amazing places to visit. If we’re lucky, we’re able to travel and see a few of them. But even the most active travelers can only see a fraction. What if we could see them all?

Ten years ago, Google Earth began as an effort to help people everywhere explore our planet. And now, with more than two billion downloads, many have. Today, we are introducing Google Earth VR as our next step to help the world see the world. With Earth VR, you can fly over a city, stand at the top of the highest peaks, and even soar into space.

Now, at 196.9 million square miles, we know the world is pretty big, so we’ve made it easy to find great places to visit. Earth VR comes with cinematic tours and hand-picked destinations that send you to the Amazon River, the Manhattan skyline, the Grand Canyon, the Swiss Alps, and more.