Google Earth has been available on the Apple iPhone for quite some time, good news for all the Google Android smartphone users out there, as Google Earth is now available for Android 2.1.

The new Android version of Google Earth is the fastest mobile version to be released so far and it comes with a range of new features which includes a Roads layer, just like the desktop version which draws roads labels on top of the satellite pictures. 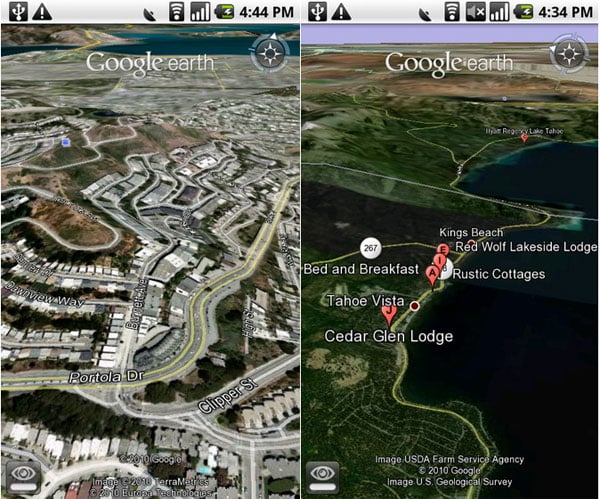 Google Earth for Android also features a voice recognition function, that lets you search via voice commands with a ‘pocket’ globe function that responds to your voice commands.

Google Earth for Android is now available from the Android Marketplace, although it is only compatible with the latest version of Google Android 2.1.