Google has released a new version of their Google Earth app for Apple’s iOS, the latest version is Google Earth 7.0 and it is compatible with the iPhone, iPad and iPod Touch running iOS 4.3 and above.

Google Earth 7.0 brings a range of new features to Apple’s iOS devices, which include 3d images for selected cities and also a new tour guide, you can see full details below. 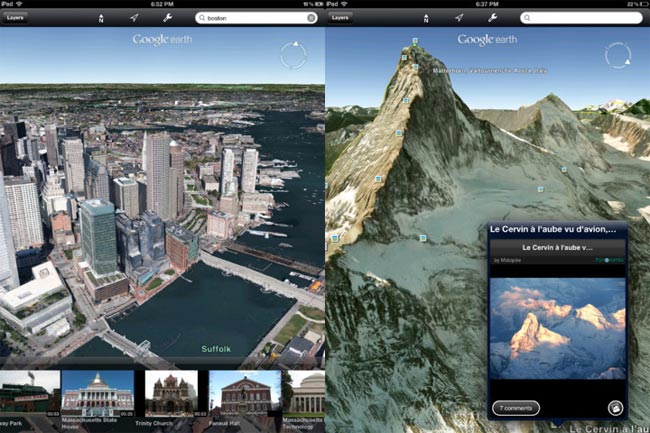 • Tour guide: Explore places you never thought to search for with new tours of your favorite cities, historic landmarks and natural wonders.
• 3D imagery: Take flight above entire cities in 3D. Get started with Los Angeles, Boston, San Francisco, Geneva or Rome and look for new additions in the coming weeks. Available for iPhone 4S and iPad 2 or later.

You can download the latest version of Google Earth for free from the iTunes app store.