It was just two days ago that Google announced their Chrome OS pilot program, where they would be sending out Google Cr-49 netbooks for users to test.

It seems that the first one has just been delivered, as Flicker user Ben Kessler has already received his and posted the following photo of it on the web. 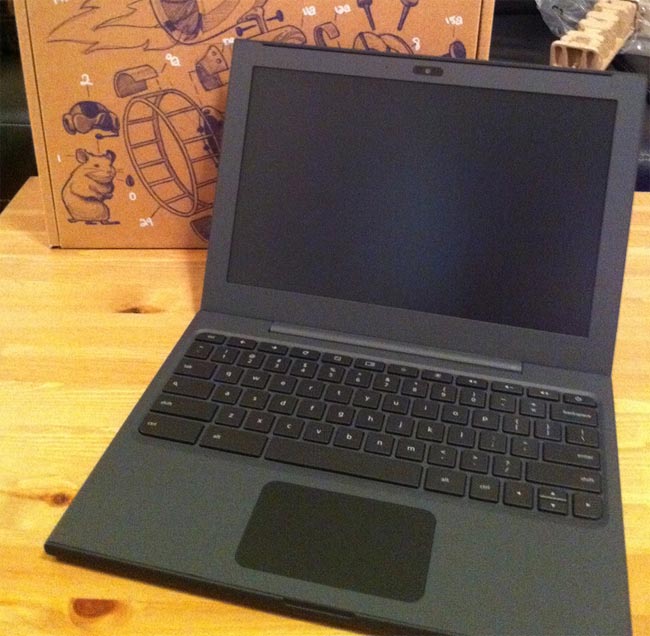 We still don’t know the full specifications as yet on the Google Chrome notebook, all we know so far is that it has a 12.1 inch display, hopefully we will get some more information soon.