Many of us were expecting Google to launch a full version of their Chrome OS yesterday, instead Google has said they are  still not quite finished with the Chrome OS, they still have some work to do on it.

Google have announced that they will be giving out a notebook called Cr-48 to a range of people to test out the Chrome OS. 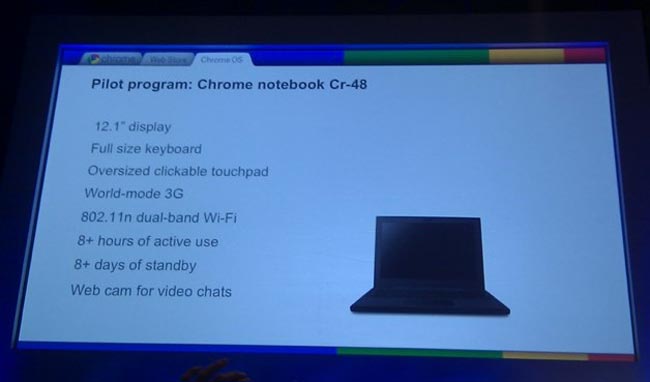 We’re not done yet, but Chrome OS is at the stage where we need feedback from real users. Some of the features of Chrome OS require new hardware, but we didn’t want to sell pre-beta computers. Instead we’re launching a pilot program where we will give test notebooks to qualified users, developers, schools and businesses. We’re starting with the U.S. and will expand to other countries once we get the necessary certifications

If you want to apply for a Chrome OS notebook, you can apply over at the Chrome OS pilot program website, it looks like it is US only at the moment, but this will be rolled out to other countries as well.