Google Cloud Print takes the printer drivers you normally need on your computer, and installs them on Google’s servers, this enables you to print directly to your printer from a wide range of devices, no matter what OS they are running. 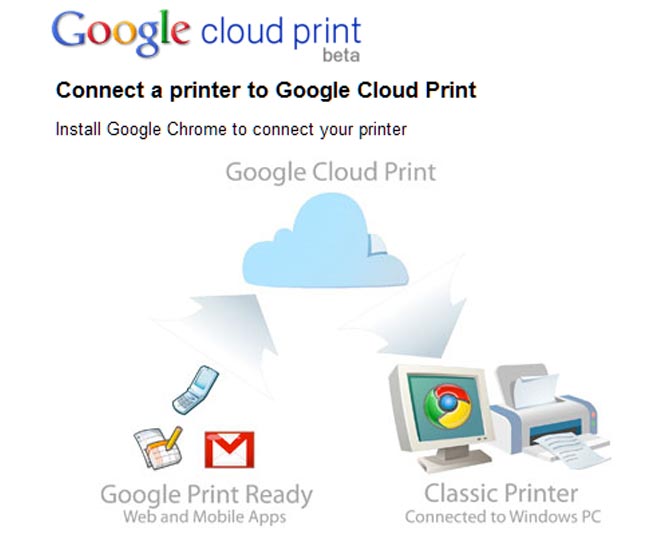 You can find out more information about Google Cloud Print over at the Google Chrome website.