Google has released a new version of their Google Chrome apps for their Android platform and Apple’s iOS platform and it comes with a range of new features and performance improvements.

The new version of Chrome is designed to be faster, and according to Google it is 25 percent faster than the previous version, you can see full details of what is new in the update below. 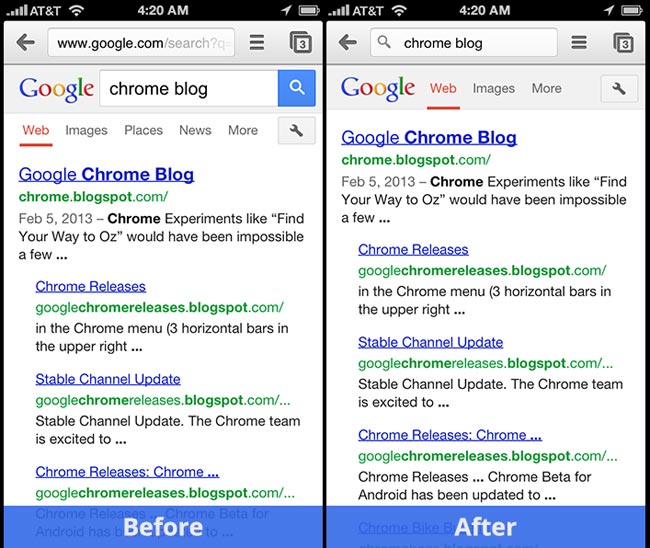 1. Improved scrolling performance
2. Increased responsiveness to pinch-zooming on pages
3. Faster interactive pages thanks to the latest version of the V8 javascript engine
4. Audio now continues to play while Chrome is in the background
5. Expanded support for HTML5 features
* Audio playing in Chrome will now pause when the phone is in use. This requires an additional permission.