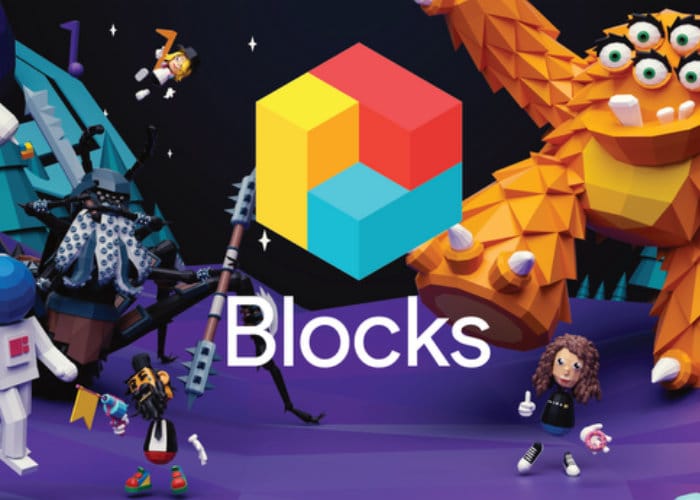 Users of the Google Blocks virtual reality drawing application, that allows you to create 3D virtual reality objects in a VR environment using motion controllers as tools. May be interested to know that Google has this week rolled out new features and enhancements to Blocks specifically added to make drawing and creating in the Blocks VR application even easier than before.

The Google Blocks VR drawing app was originally launched approximately six months ago and since then has received a number of updates. The latest update to roll out now allows users to select one of four different environments rather than use the default desert background. Google has also made it possible to select a plain black or plain white environment to suit your preferences.

Blocks now includes enhancements to snap objects and meshes together in the VR environment, making it even easier and quicker to build complex constructions in the virtual reality world. While in Blocks if you look to the very bottom of your Blocks menu a new beaker icon has been added to enable users access prototype versions of features requested by the community. Using the new icon you can now access a non-coplanar face mode, loop subdivide, delete Edge, Face and Vertex. As well as more options for the Worldspace grids, enabling users to see grids along every side the VR worldspace.

For more information on all the new enhancements and features Google has rolled out to their Blocks at BR drawing and creation application jump over to the official Google Blog by following the link below.