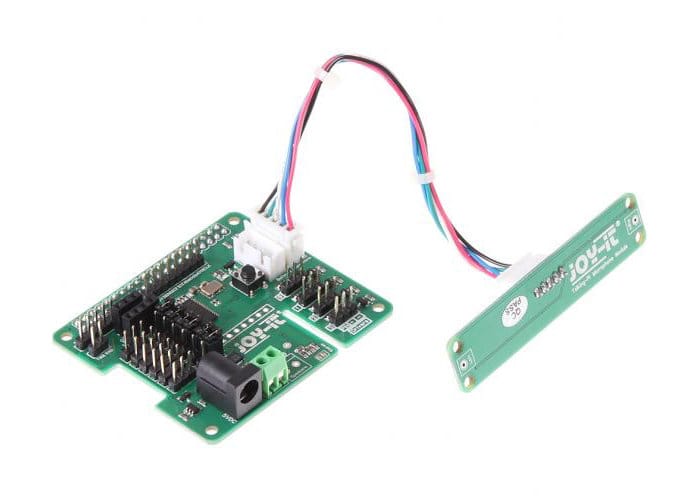 Equipped with a bracket holding a 433-MHz radio module the TalkingPi is supplied with integrated motor control and a range of applications to add even more functionality to your next Raspberry Pi project. As the hardware is capable of addressing devices and circuits via the Raspberry Pi’s GPIO interface.

The TalkingPi module is also compatible with Google Home and provides a six-channel servo PWM full controlling robots or robotic arms and similar. Jumpers can be used to make the module switchable between GPIO and an additional servo PWM unit. A stereo microphone has also been included on an additional board and the integrated I2S sound output driver allows connection of a 3-watt loudspeaker if desired.

The company is also currently developing a new additional module to connect another speaker for stereo sound output. The TalkingPi module measures 64 x 10 x 54mm and is expected to be made available very soon although no pricing or availability has been announced as yet.