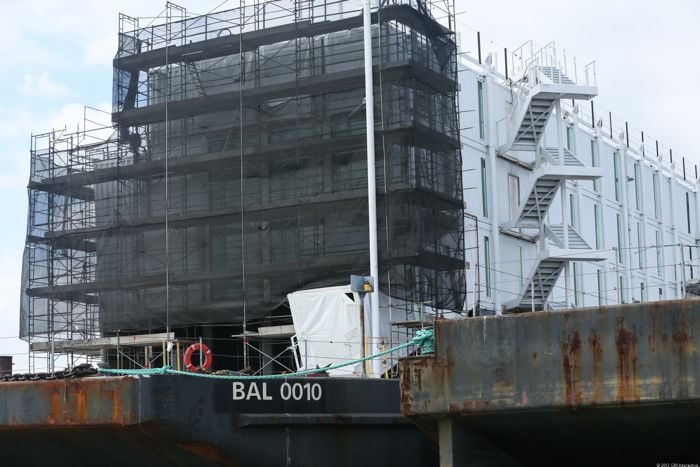 The Google Barge that we heard so much about is apparently being scrapped, the barge first appeared last year, and it was designed to be a floating showroom that Google planned to use to teach people about technology.

On Wednesday, a tugboat towed the barge from Rickers Wharf Marine Facility in Portland and deposited it at Turner’s Island Cargo Terminal in South Portland. Roger Hale, owner of the terminal, said the structure had been purchased by an unnamed “international barging company” and was being prepared to leave Portland for an ocean voyage to an undisclosed location.

The containers, though, will be disassembled at Turner’s Island and scrapped, said Lance Hanna, deputy harbor master for Portland Harbor.

The Google Barge is reported to be worth around $3 million brand new, and Google apparently paid 400,000 in property taxes for their barge, so their project ended up being expensive, considering it has bow been scrapped.

Google has not confirmed that they have sold the Google Barge, or why they have abandoded the project, as soon as we get some more details we will let you guys know.

Source Press Herald, The Next Web