Google and Lego have teamed up to launch a new application together called Build with Chrome that allows you to build Lego creations directly in the browser on your tablet, smartphone or computer.

The Build with Chrome app is a collaboration between Chrome and the Lego Group to provide users with an unlimited supply of digital Lego bricks to build anything they like. Check out the video after the jump to see the new application in action and learn more. 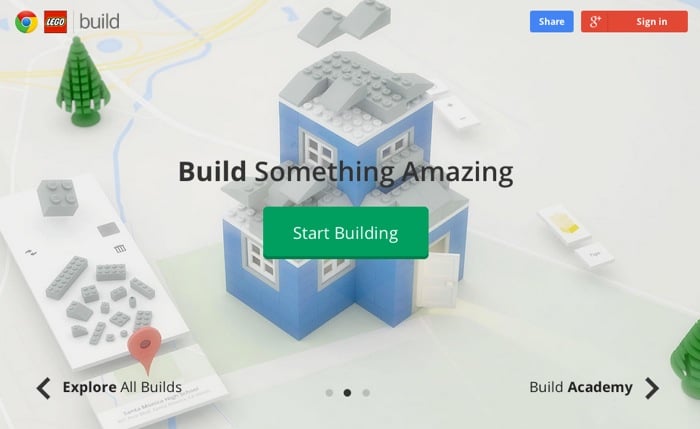 The technology behind the new Lego Build with Chrome app was originally developed by a team in Australia as an experiment and and now has been released to the world, enabling users to create a Lego building and publish it to any plot of land in the world. Adrian Soghoian, Product Marketing Manager and Beginning Builder explains:

“We’ve added a few new features to make it easier to build and explore this digital world of LEGO creations. To start, you can now sign in with a Google+ account to help find stuff that people in your circles have created. A new categorization system for completed Builds will help you sort and filter for specific types of structures.

To hone your engineering skills and prepare for the upcoming “THE LEGOR MOVIE,” you can explore the Build Academy, a series of short tutorials and challenges featuring characters and structures from the film.

If it feels more natural to use your hands—rather than a mouse—you can build your creations using a touchscreen on your phone or tablet with Chrome for Android support for WebGL on devices with high-end graphics capabilities.”