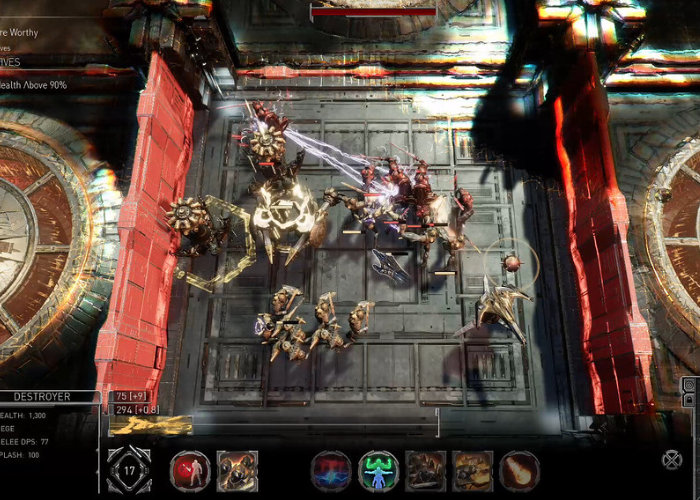 In just over a week’s time a new action strategy and deck building game Golem Gates will be launching on the PlayStation 4 allowing players to harness the power of “nanotechnology on a dark, future Earth battlefield”. Watch the launch trailer below to learn more about the game’s mechanics, storyline and characters.

Matt Cundy Community Manager and Digerati Distribution has this week taken to the official PlayStation blog to reveal more details about the PS4 Golem Gates game and what you can expect. The game takes place on Earth, thousands of years in the future, where only remnants of ancient nations remain. Golem Gates will be officially launching on the PlayStation 4 platform on May 28th, 2019.

“The planet, ravaged by countless wars, is shrouded by a fog of nanites called ‘Ash’. It’s up to you, the Harbinger, to manipulate the Ash and wield it against the forces that want to use its secret power to oppress the land and prevent you from fulfilling your destiny. By fusing the two genres, developer Laser Guided Games has been able to transfer complex aspects of traditional strategy games — such as build orders, research, and so on — into pre-game deck-building. This allows you to choose your cards, known in Golem Gates as ‘glyphs,’ and spend precious time considering and formulating different strategies before the battle has begun.”

For more details and the full interview with Matt Cundy, jump over to the PlayStation blog by following the link below.