Google [GOOG] has released a new version of their Gmail App for Google Android, and it is now available to download from the Android Market.

The latest version of Gmail for Google Android brings some speed and stability improvements, plus support for Gmail’s ‘Priority Inbox’, plus a re-designed header. 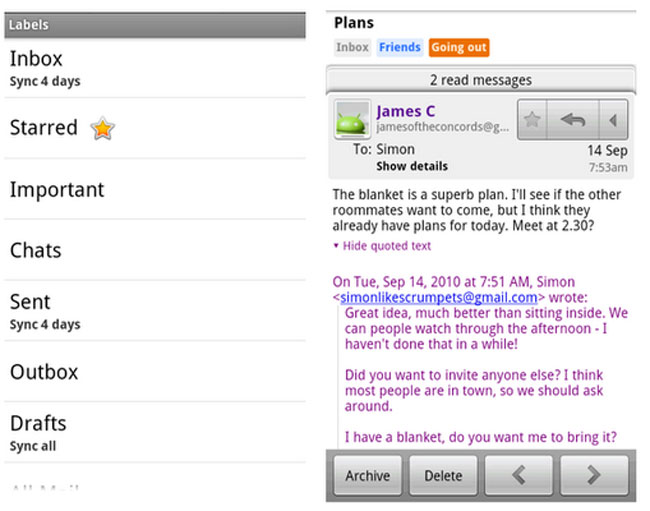 We just released a new version of the Gmail app in Android Market, so Gmail updates aren’t tied to Android version releases anymore. Now you can get new Gmail stuff faster without having to wait for system updates. To start you off, we’ve improved message replies, access to quoted text, and more.

The latest version of the Gmail App for Google Android is available as a free download from the Android Market.