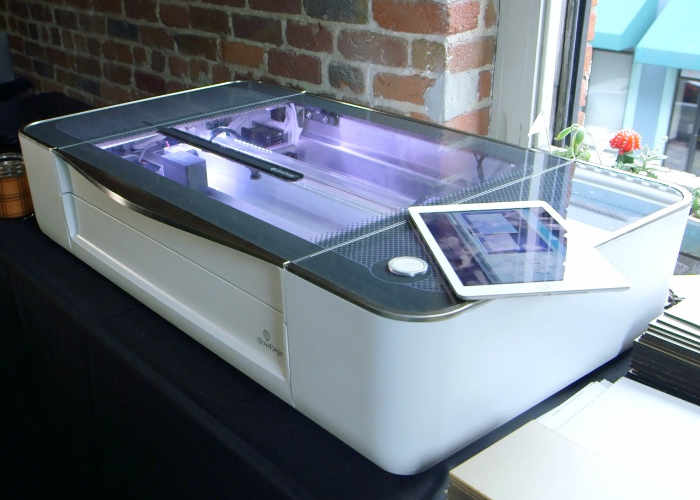 The company also announced that Flex will be manufacturing the large format 3D printers in Milpitas California and the two companies have been working closely together for the mass production of the new Glowforge 3D printer.

Watch the video below to learn more about the Glowforge 3D printer and its features which will soon be shipping out to the 10,000 customers that have already pre-ordered the desktop manufacturing system. Mike Dennison, president of the Consumer Technologies Group at Flex explains :

“We are delighted to have been selected by the Glowforge team and are thrilled to provide innovative supply chain and manufacturing solutions for their iconic 3D laser printer.

Glowforge uses a beam of light the width of a human hair to cut, engrave, and shape designs from a variety of materials including wood, plastic, leather and more. For more information on the new Glowforge 3D printer jump over to the official website for details by following the link below.