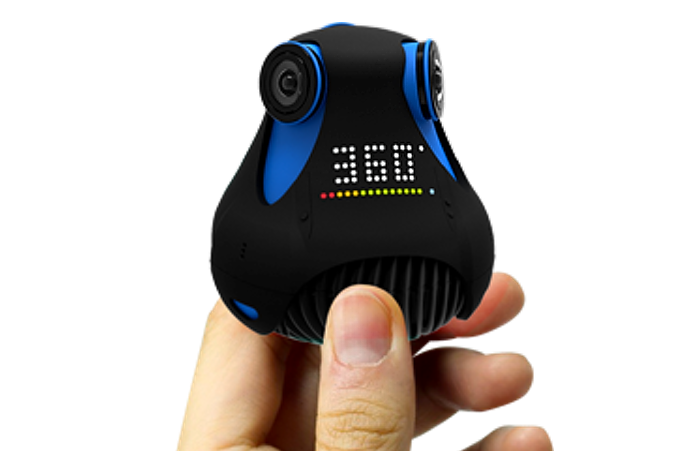 Last week Giroptic launched a new Kickstarter crowd funding campaign to launch their 360 degree camera that has been designed to provide users with an easy method of streaming real-time video wirelessly as well as recording and taking 360 photos.

In just over a week the Giroptic 360 degree camera project has already received over $600,000 in pledges with still 36 days remaining of its Kickstarter campaign.

The new Giroptic 360 degree camera is capable of recording video and taking 360 degree photos as well as streaming real-time video and is available to purchase from just $249.

The Giroptic camera is equipped with three, 185 degree fish-eye lenses with optical assembly that delivers the industry’s largest field of view. Also each of the 360 degree camera lenses are synchronised to simultaneously capture and stitch images in real time.

Giroptic explain a little more : “For the past two years our team has dedicated its work to overcoming previous 360 degree technical limitations and has invented a ground-breaking design, with innovative engineering, and easy-to-use interface.”