If you’re into science or astronomy at all you’re probably familiar with the Great Red Spot on the surface of Jupiter. That Great Red Spot is a massive storm on the surface of Jupiter. What you may not know is that Saturn has something similar occurring on its surface that has been dubbed the Great White Spots. Those spots create a hexagon pattern in the clouds at the North Pole of Saturn. 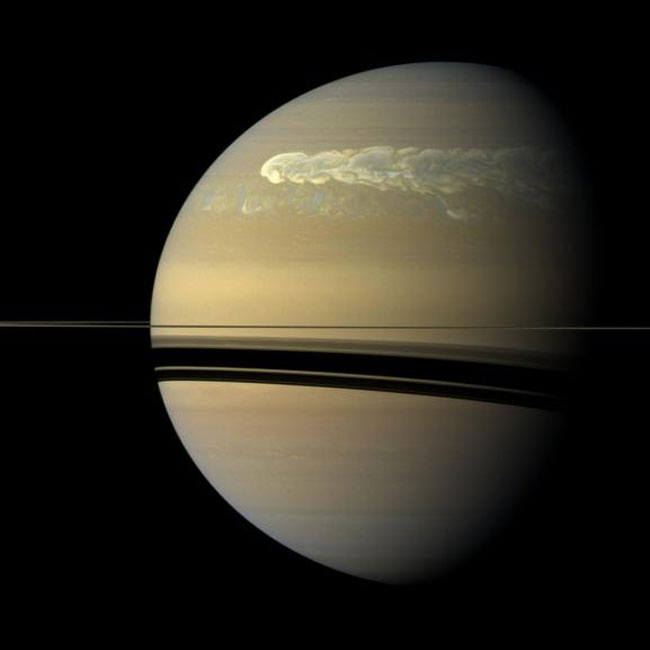 The spacecraft Cassini was able to take some very interesting images of the Great White Spots on the surface of Saturn when the planet was tilted just right for light to illuminate the clouds perfectly. In the images, scientists discovered a giant hurricane in the center of the hexagon. Interestingly, the scientists believe that this massive hurricane could’ve been there for years and gone unnoticed until now.

The storms that rage in Saturn’s Great White Spots show up sporadically and can last for months. The storms are strong enough to change the weather on the entire planet. The photograph you see here was taken in 2010 and while the storms look small, they actually span about 7000 km across. The image taken by Cassini were able to image each pixel at only 14 km across giving an impressive view of the storms dynamic. Scientists estimate the winds inside the storm were over 400 km/h.