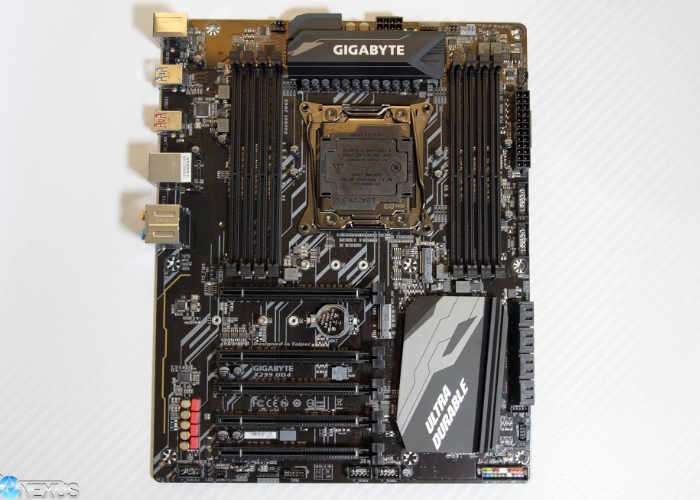 At Computex 2017 this week GIGABYTE has revealed more details about its new more affordable GIGABYTE X299-UD4 motherboard which sports a minimalist design and an ATX form factor.

Features of the new motherboard from GIGABYTE include a power system which draws power form a single 8-pin EPS connector, besides 24-pin ATX.

As well as a CPU that is wired to 8 x DDR4 DIMM slots, besides three out of the five PCI-Express 3.0 x16 slots. Two of the slots are electrical x4 and wired to the PCH. Other features include USB connectivity includes two 10 Gb/s USB 3.1 ports (both type-A), and eight USB 3.0 (four on the rear panel, four by headers).

While networking options include a single GbE connection driven by an Intel i219-V controller thanks to a Realtek ALC1220 (120 dBA SNR) codec with ground-layer isolation and WIMA capacitors, explains the Tech Power Up website, who also think that the new motherboard will be available to purchase priced under $200.