Gigabyte has announced a new addition to their range of tablet devices this week, with the unveiling of the new Windows 8 S1082 tablet. Which is equipped with a 10 inch 1366 x 768 pixel capacitive multitouch display and is expected to go on sale on October 26th, when Microsoft launches its new Windows 8 operating system.

Gigabyte’s latest Windows 8 tablet is powered by a Intel 1.1 GHz Celeron 847 dual core processor, support by up to 8GB of RAM, and can be fitted with either a 500GB HHD or a 256GB solid state disk (SSD). 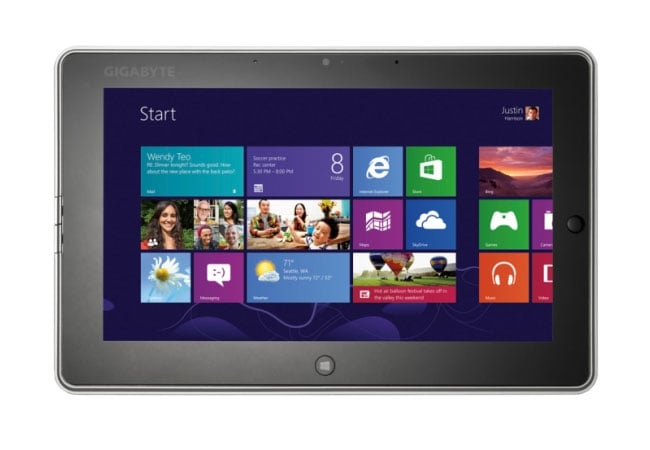 Gigabyte is also elected to unveil a new tablet, possibly at CES next January, but unfortunately no information has been released as yet, but as soon as information comes to light we will keep you updated as always.