With Computex 2013 coming to a close Gigabyte has taken the opportunity to unveiled a pair of new gaming laptops its added to its range in the form of the new Gigabyte P27K and P25W systems. 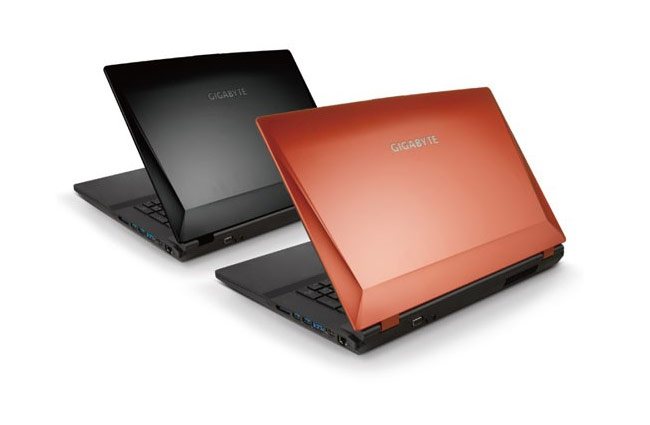 “P25W –Maximum Power Reloaded with NVIDIA GeForce GTX 770M : Placing design and performance at the forefront of our research and design, we had to ensure gamers get the best out of our new Gaming Laptops. Re-engineered with a powerful NVIDIA® GeForce® GTX 770M graphics card, the P25W is a reloaded version of its predecessor – the P2542G. Buoyed by success, the chrome yellow with silver trim chassis makes a comeback and this time it’s more powerful than ever.

Packing a GTX 770M GDDR5 3GB discrete graphics for gaming, a 4th generation Intel® Core™ i7 Quad-Core processor and a backlit keyboard to boot, the P25W expands its storage capabilities to install two 256GB mSATA SSDs and 1TB HDD that supports superior RAID 0 Technology. Additionally, it also comes with a Blu-ray RW and Dolby Home Theater technology perfect for watching the latest movies and experiencing the richness of audio on its 4.1 speaker system.