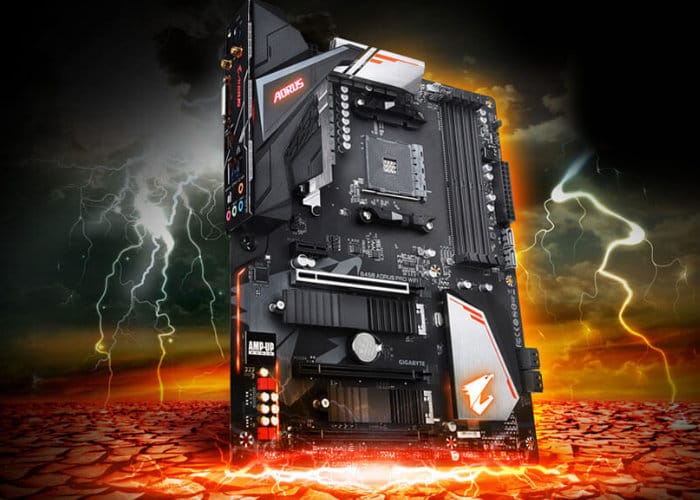 Hardware manufacturer GIGABYTE has unveiled and announced new additions to their range of motherboards this week introducing the new GIGABYTE B450 Aorus Motherboard Series of hardware. The new series support the full spectrum of AMD Ryzen processors and are equipped with AMD StoreMI technology as a way to accelerate traditional HDDs to speed levels only found in SSDs.

“The updated ALC1220-VB audio codec paired with WIMA and Chemicon audio capacitors guarantee a superb onboard audio experience able to provide a whole new universe of immersion while playing games, watching movies or enjoying music. The clarity of voice communication is also upgraded, particularly when using the front microphone jack where the SNR is now improved to 110dB(A).”

More information on all the new motherboards in the GIGABYTE B450 Aorus Series jump over to the official company website by following the link below.