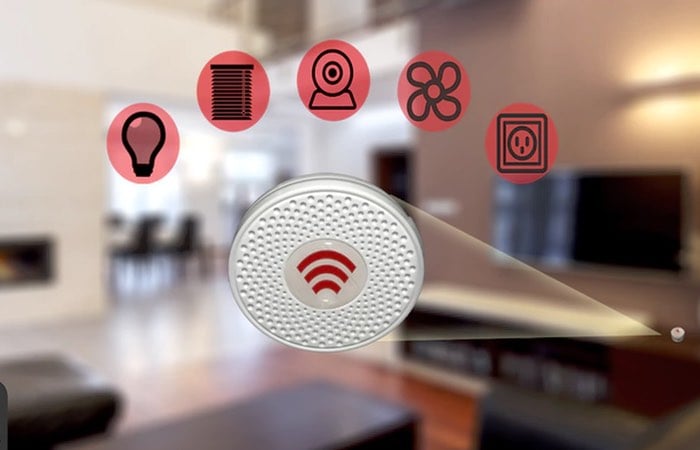 If you are searching for a way to make your smart home even smarter you might be interested in any new project that has launched over on the Kickstarter crowdfunding website this week in the form of Gidjit Beacons.

Gidjit Beacons have been specifically designed to provide an advanced way of organising and accessing your already existing smart devices and applications around your home. Check out the video below to learn more.

The team of developers behind Gidjit have launched the Kickstarter campaign to raise the $20,000 they require over the next 30 days and explain a little more about their inspiration and functionality.

Gidjit Beacons work with the Gidjit app and allow you to organize your Smart Devices and apps based on a particular room of your house. As you change rooms (and come within distance of a different Gidjit Beacon), the Gidjit app will also change allowing you to locate a desired app or action fast and with minimal effort. Additional features:

– Manage HomeKit users, triggers, zones, rooms
– Launch directly to the manufacturers app to perform advanced controls/settings.
– Create launch panels which will be displayed based on time of day, motion, network.
– Adjustable broadcast range (Detect from as close as 1ft. or as far as approx. 80ft.)
– Waterproof
– Multi-User friendly (The same Beacon can be used with multiple phones and each can customize accordingly)
– No plugs! Gidjit Beacons run on low cost, easily replaceable batteries which will last about 12-18 months (CR2477)
– 3M adhesive material on back for mounting to just about any surface or place them in drawer or cabinet
– 50mm x 15mm (Roughly the size of a half-dollar)

For more information on the new Gidjit Beacons jump over to the Kickstarter website for details and to make a pledge by following the link below.