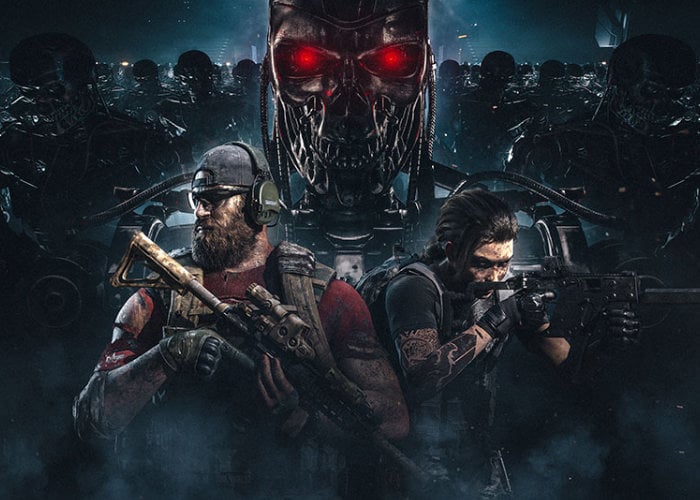 “What day is it? What year? It may not be 1984, but it is time to fight for your life. Prepare yourself for an adventure like no other with an experience inspired by the events depicted from The Terminator and earn exclusive rewards by completing interception and warfare missions during the live event. To begin your mission, follow the trail leading to Rasa Aldwin, a woman claiming to be from the future. She needs your help, and rumor has it that there’s a soldier who just won’t quit. With the help of Rasa’s special weapon, you’ll have a fighting chance against anything that stands in your way.”

– Mission 1 of this free live event is available starting January 29th through February 6th with Mission 2 opening on February 1st. Gear up and fight against Terminators to save the future while discovering a new location on Auroa.

– Interception missions: Rasa picks up signals from T-800s, and you need to locate and destroy them.
– Note: these daily missions are not replayable. Stay tuned for further intel on Mission 2 of The Terminator live event.