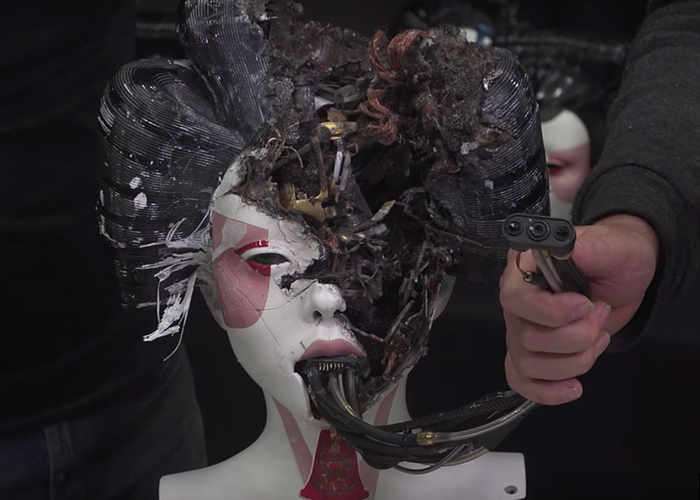 The Ghost In The Shell 2017 movie is set to be launched on March 31st, 2017 and stars s Scarlett Johansson, Michael Pitt, Pilou Asbæk, Chin Han and Juliette Binoche.

If you would like to learn more about the special effects used within the latest movie watch the video below during which Adam Savage visits Weta Workshop to get up close with some of the practical props the effects studio made for the upcoming film Ghost in the Shell.

Also watch the official Ghost In The Shell 2017 Movie trailer below to whet your appetite for the new film.