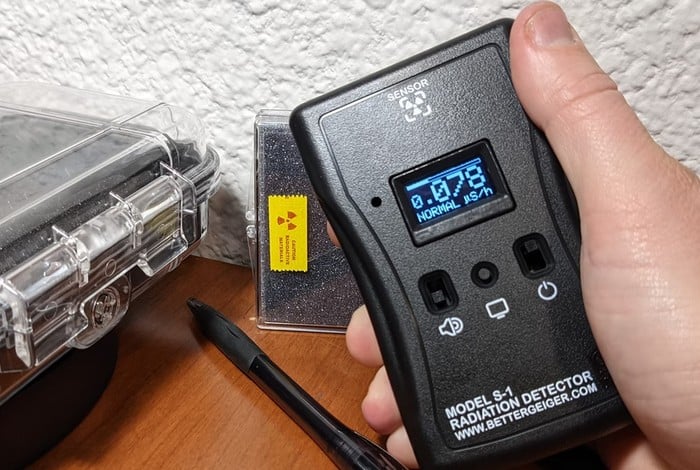 An affordable Geiger counter has been launched via Kickstarter this month in the form of the Better Geiger Radiation Detector. Allowing you to own your very own Geiger counter featuring a rugged design, simple controls and high-sensitivity. Early bird pledges are now available for the creative project from roughly $99 or £75 (depending on current exchange rates).

“We don’t see or feel it, but radiation is everywhere. Cosmic radiation comes from the sky above, terrestrial radiation from the earth beneath us, and a mix of natural and artificial sources are everywhere in between. There are many reasons a person might want to measure this radiation. It can be an educational experience and a source of scientific insight. Verifying the safety of radiation levels can also offer peace of mind. In the aftermath of a nuclear accident or attack, it can even be a lifesaving tool.”

“Until now, if an ordinary person wanted a radiation detector for a low price they had to buy an old-fashioned Geiger counter. That brings a lot of limitations, and most modern professional devices use scintillators instead of Geiger counters to achieve much higher performance. Those professional devices, however, are very expensive (often thousands of dollars) and out of reach for the average person. This project aims to bridge that gap by making a professional-level device at an obtainable price. Beyond high performance and low cost, it has to be extremely easy to use, portable, and versatile. The classic “clicking” sounds indicate the presence of radiation while one of several display modes can give more detailed information. It is a comfortable handheld size at roughly 1”x3”x4.5” (2.5x7x17 cm) and optional add-ons make it fully waterproof.”

“Traditional Geiger counter technology is over a hundred years old and has a lot of limitations. Geiger counters use gas-filled “Geiger-Mueller” tubes which are very insensitive – most radiation passes through it without being measured, because gas is not dense. If a radiation source is not very strong then the tube will barely react. The video shows this in action. On the other hand, because Geiger tube signals are very slow, if radiation rates are too high then the tube gets saturated and will not give an accurate reading. These tubes also have a fragile wire inside which can break easily when subject to mechanical shock.”

For a complete list of all available backing options, stretch goals, extra media and detailed specs for the Radiation Detector, jump over to the official Better Geiger crowd funding campaign page by following the link below.