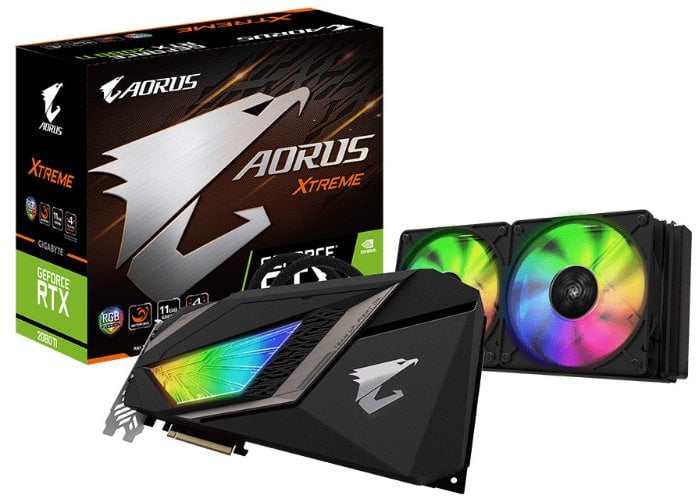 The GeForce RTX 2080 Ti Aorus WaterForce Xtreme AIO is now available as the N208TAORUSX W-11GC offering an enhanced version of the Asetek-sourced AIO closed-loop liquid cooling solution its RTX 2080-based sibling features, with a larger base-plate to draw heat from the additional memory chips and MOSFETs that come with the RTX 2080 Ti, explains the Tech Power Up website. 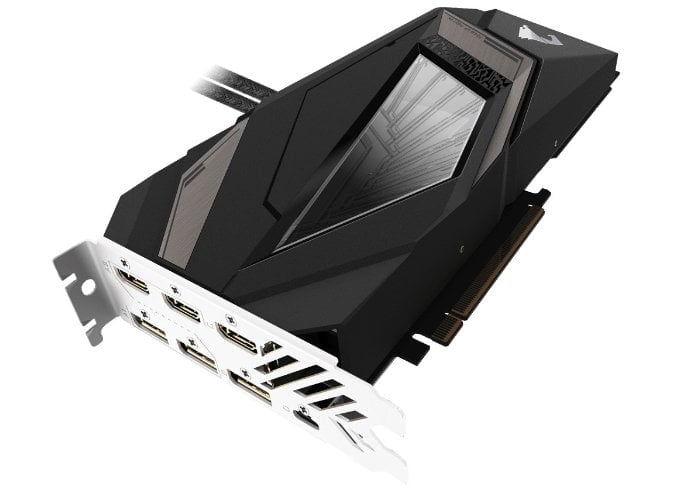 “The card features the same factory-overclock as the water-block equipped twin, with a GPU Boost frequency set at 1770 MHz (vs. 1545 MHz reference). The memory is overclocked to 10140 MHz (GDDR6-effective, vs. 14000 MHz reference). The cooler features RGB LED embellishments along the front, top, back-plate, and the two included 120 mm fans for the radiator. It draws power from a pair of 8-pin PCIe power connectors. Display outputs include three each of HDMI 2.0b and DisplayPort 1.4, and a VirtualLink port.”

The Gigabyte GeForce RTX 2080 Ti Aorus WaterForce Xtreme AIO graphics card is expected to be made available very soon and priced from $1,400 upwards. Time to start saving if this is on your kit list!