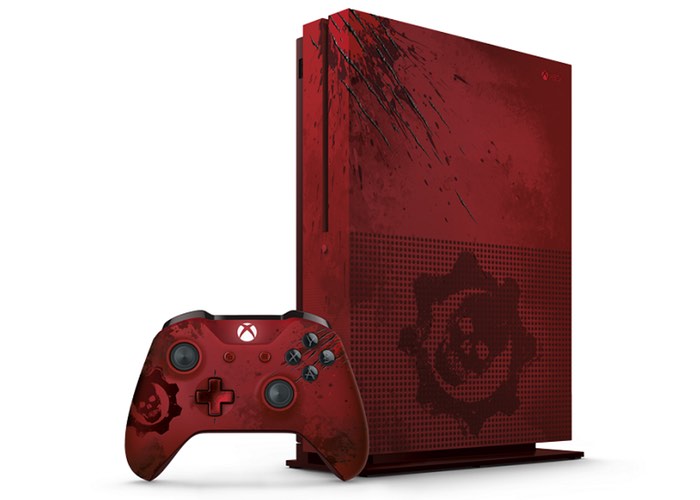 Microsoft has today unveiled the first custom Xbox One S console, which takes the form of a limited edition 2TB Gears of War 4 Xbox One S bundle, pictured above, that is priced at $449.

Microsoft has also created a Gears of War 4 custom controller which will be available separately and sports a design after JD Fenix’s armor. Featuring metallic blue accents and textured grip for enhanced control, as well as the COG logo.

– All-new Xbox Wireless Controller – Gears of War 4 Crimson Omen Limited Edition, featuring a textured grip for enhanced comfort; our most reliable wireless signal ever, with up to two times the wireless range compared to previous controllers when used with Xbox One S; and Bluetooth radio, giving you an easy wireless connection to your Windows 10 PCs and tablets

– Full game download of Gears of War 4: Ultimate Edition for both Xbox One and Windows 10 (featuring cross-play support in all co-op modes) – a $99 value

Jump over to the Xbox Wire website for full details on all the new Gears of War 4 hardware via the link below.