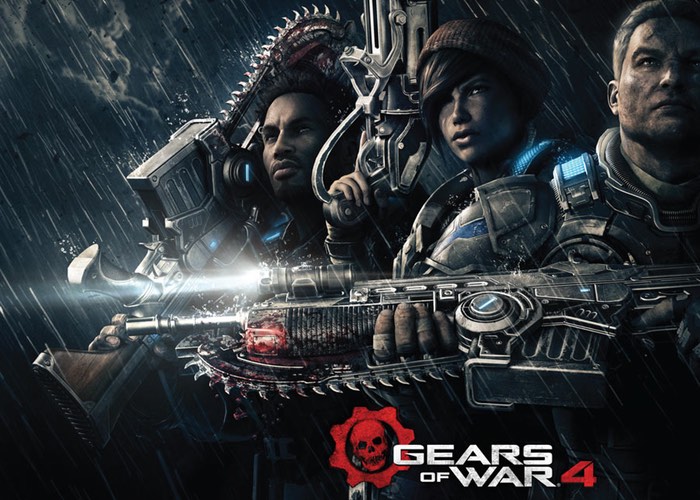 Gear of Wars fans that have already pre-ordered the new Gears of War 4 Ultimate Edition on Xbox One can now start to enjoy the action four days before the game’s standard release date.

Check out the official Gears of War 4  launch trailers below to wet your appetite and see what you can expect from the latest Gears of War 4 which supports HDR through the new Xbox One S console which launched last month.

Never Fight Alone: Enjoy two-player co-op campaign with friends locally via split-screen, over Xbox Live or LAN. Player 2 can select either Kait or Del. Horde 3.0: Team up with four others and battle wave after wave of increasingly difficult enemies by choosing your combat class, leveling up your skills and deploying fortifications anywhere on the map. Explosive Versus Multiplayer: Compete online in new and favorite game types, all at 60fps on dedicated servers. A new visible ranking system means fairer matchmaking for social, competitive and professional players alike.

Supports Xbox Play Anywhere: yours to play on both Xbox One and Windows 10 PC at no additional cost. For a limited time, purchase and redeem your copy of Gears of War 4 and get the entire Xbox 360 Gears of War collection for use on Xbox One!* A new saga begins for one of the most acclaimed video game franchises in history. After narrowly escaping an attack on their village, JD Fenix and his friends, Kait and Del, must rescue the ones they love and discover the source of a monstrous new enemy. Includes the base game and Season Pass.

Season Pass includes the exclusive Vintage VIP Pack, permanent access to 24 additional DLC maps (two per month per year) for private play, access to an exclusive Developer Playlist where new maps, modes and features can be tested prior to broad release and six Gear Packs.