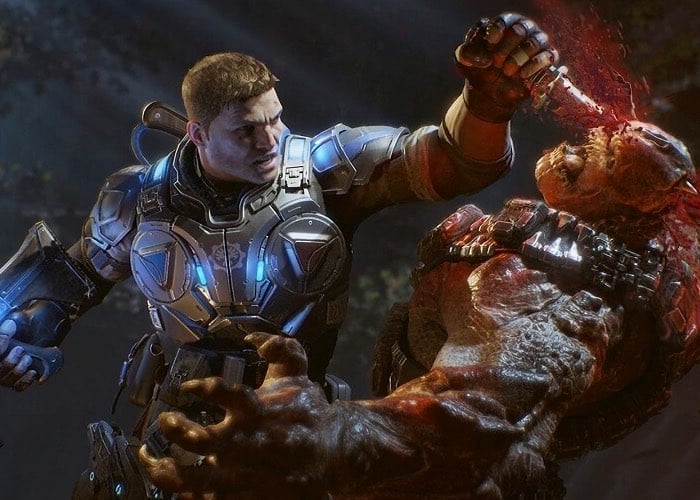 Gears of War fans that are interested in seeing a little beta multiplayer gameplay footage before the full Gears of War 4 open beta development stage kicks off on April 25th, 2016 allowing those interested to get a taste for the game and its multiplayer action before its official launch later this year.

Might be interested in a new six minute video that has been published by Digital Foundry providing a glimpse at the early access which was granted to the team by Microsoft. Check it out below.

The Gears of War 4 will be officially launching on the Xbox One on October 11th, 2016 and will be the fifth instalment in the Gears of War series and the fourth main instalment, providing players with three new characters to enjoy together with many of the same gameplay elements of previous games in the series such as taking cover to avoid damage and performing active reloads. One new feature you can expect in the latest game is the Combat Knife that can be used for melee attacks as well as performing new executions.

Gears of War 4 takes place 25 years after the Imulsion Countermeasure weapon destroyed the Locust, Lambent and Imulsion on the planet Sera. Unfortunately, this also knocked out the use of fossil fuels, forcing humanity to adapt new ways for survival. The countermeasure also brought the advent of “Windflares”, powerful windstorms that form across the planet. Following the aftermath of the Lambent Epidemic, the reformed Coalition of Ordered Governments estimated that only hundreds of thousands of humans are left on Sera.