Apple has this week also rolled out a new updated for its Garageband iOS application accompanying its iMovie update also released this week.

The new version of Garageband 1.01 brings with its a great new feature now offering the ability to ‘cut & paste’ within the application. Enabling much easier creativity and the ability to easily move snippets around from one section to another. 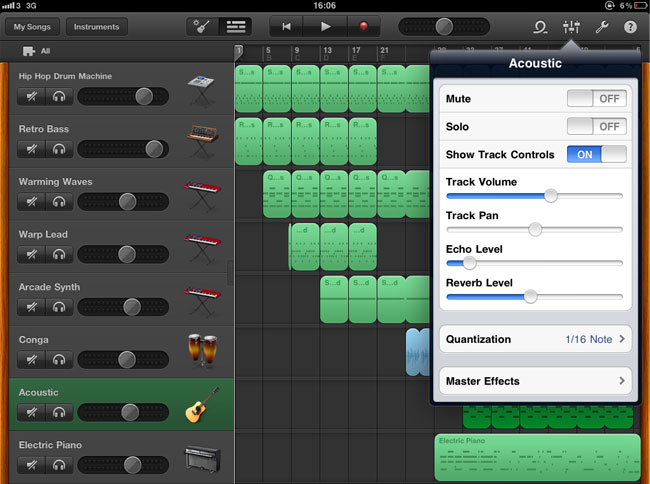 Other features include new support added for AIFF, WAV, CAF audio files and Apple Loops (16 bit, 44.1 kHz). Together with support for audio output over AirPlay, Bluetooth devices and HDMI with the Apple Digital AV Adapter.

Other tweaks and bug fixes tackle a few issues within the application such as occasional occurrences of GarageBand freezing while playing Smart Instruments, together with general performance enhancements.