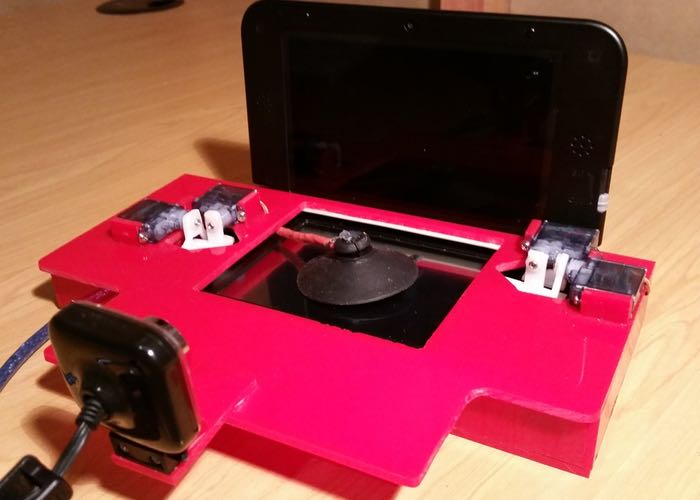 To take the boredom out of completing repetitive tasks on your games console or hand held mobile devices Carl Newby has created a programmable gaming robot called the GamePro.

GamePro is a unique piece of hardware that is equipped with a camera and can robotically control a gaming console to automatically perform programmed tasks.

The GamePro project is currently over on the Kickstarter crowd funding website looking to raise enough pledges to make the jump from concept to production.

“GamePRo started as a home project just for fun. As the designer, I wanted to build a robot that could control a gaming console and be programmed to perform certain in game tasks that are repetitive and cumbersome to do by hand.

I built a device that uses a webcam to monitor the events on the console screen and can react by mechanically pushing the console buttons. I programmed the device to be able to carry out specific tasks unattended and posted a video to Youtube. That video now has more than 50,000 views and I have had many messages and comments from viewers who would like to purchase the device.

This was the beginning of the GamePRo, and since then I have been developing a version suitable for manufacturing, as well as adding new functions and programs for prototype models. With the support of backers on Kickstarter I will be able to complete the design and tooling for manufacturing the GamePRo.”

So if you think GamePro is something you could benefit from, visit the Kickstarter website now to make a pledge and help GamePro become a reality.