Whether you own an iOS device or and Android device, there will be one game that you want to play that lands on a different platform first before it launches on the platform you are using.

Now game developer Gameloft, who is one of the biggest developers for both Android and iOS, has announced that they plan to launch their games simultaneously across Android and iOS. 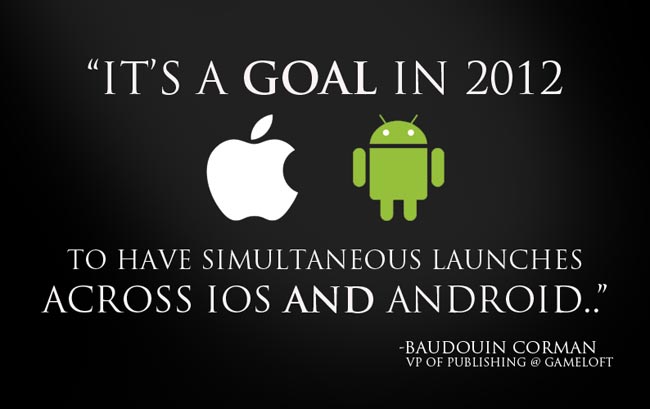 In the past Gameloft have launched their games on Apple’s iOS platforms first, and Android gamers have had to wait a while to get their hands on the game.

This is good news for gamers, and it would be good to see some other developers following a similar path and releasing on both platforms at the same time.