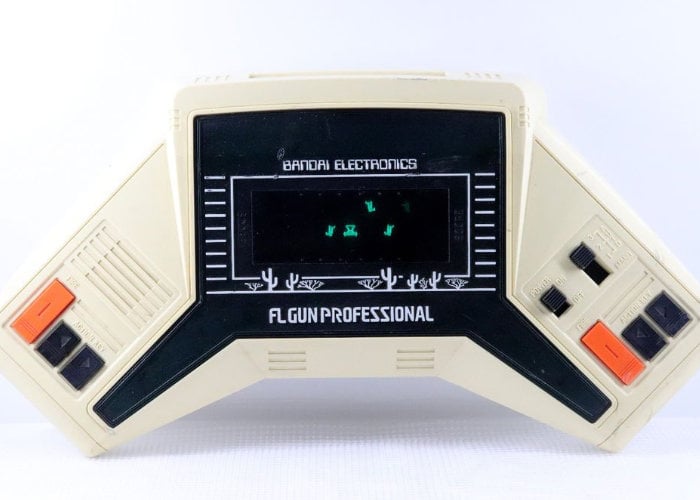 The Odd Tinkering YouTube channel has embarked on a unique restoration of a rare Bandai Electronics FL Gun Professional games console. Check out the process below to learn more about the internal workings of the unique games console previously created by Bandai.

“In this video I restore a rare Bandai Electronics FL Gun Professional console. The console as you can see on the video the console is beige even on the box and my de-yellowing method had almost no effect, so I’m sure this was the original color. However it was still unusable because the battery terminal were corroded so badly. The corrosion had even broken one of the terminals. I didn’t even bother to test it before opening it up because the terminals were too corroded to conduct the electricity anyways.

To disassemble the console I had to desolder the battery terminals. One of the terminal was so badly corroded it was hard to desolder. The oxide layer was holding the wire and I had to pull really hard to get it out of the oxide while heating the non-oxidized solder on the inside.”

“Once everything was taken apart I was able to test the device with external power source. Luckily it worked despite the board having some tacky substance on it. I cleaned the board by blowing off loose dirt and then I washed it with isopropyl alcohol.

The back label was peeled off because it didn’t look like it would survive washing and deyellowing process. I don’t do that with Gameboys because I know the labels used on those wont be damaged. The label was also damaged and yellowed so I recreated it in photoshop and my good friend was able to print me a new label.”