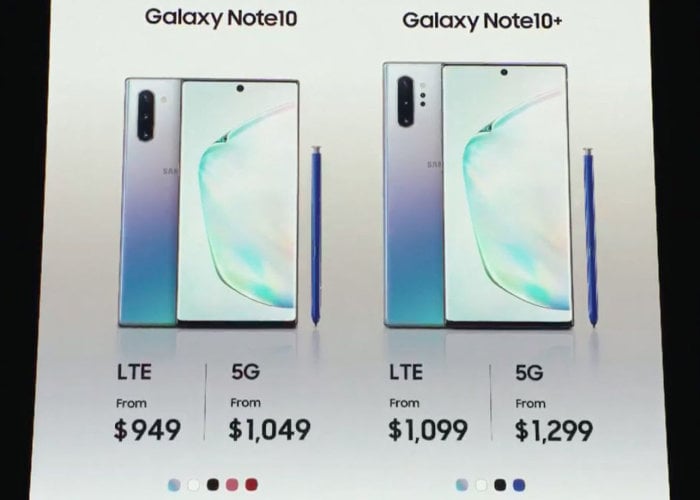 Samsung officially announced the launch of its new Galaxy Note 10 today confirming that the new smartphone will be available in two versions the Note 10 and Note 10+, both of which will be launching on August 23rd, 2019 and are now available to preorder.

The Galaxy Note 10 Plus 5G is exclusive to Verizon in the United States with the 256GB smartphone priced at an eye watering $1,300 or the larger 512GB priced at $1,400. Throughout Europe the Galaxy Note 10 will be priced at €1,199 although we are still waiting for pricing to be confirmed by Samsung for other regions around the world.

As more pricing is confirmed for worldwide markets we will keep you up-to-date as always.