Fusion has added a new drive to their range of super fast, extremely expensive hard drives, with the launch of the new Fusion ioDrive Duo.

The Fusion ioDrive Duo is according to the manufacturer, the fastest SSD solution available today, and from the looks of the specification they might be right. 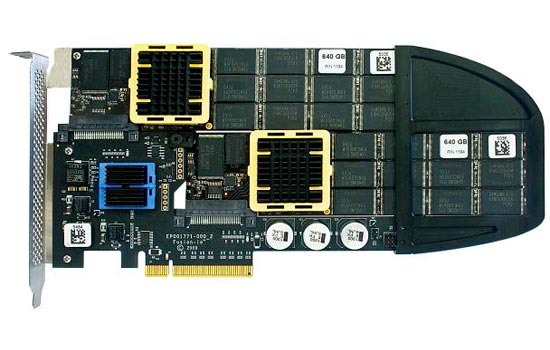 The ioDrive duo comes with 160GB of storage, for the basic model, with up to 1.28TB for the top model, it has read speeds of 1.5GB per second and write speeds of 1.4GB per second.

It is designed for the server and enterprise market and can be used in a RAID-1 setup for maximum performance..

It is possible to use the RAID-1 setup with just one card, between two memory modules, as the other ioDrives it connect to your PC via a PCie slot.

There is no word on pricing as yet, it is due to go on sale in April, I bet it is going to cost a fair bit when it is launched, especially the 1.28TB model.