3D TV’s and PCs are becoming more popular, but one of the things that is currently holding them back is having to wear 3D glasses to watch them, and manufacturers are working to developed a range of 3D TVs and PCs which work without the need for 3D glasses.

Fujitsu has just announced a new 3D PC that will display 3D content without the need for 3D glasses, the Fujitsu Esprimo FH99/CM desktop 3D PC, and it comes with a liquid crystal display covered by a conversion panel with lets you see 3D images on the screen. 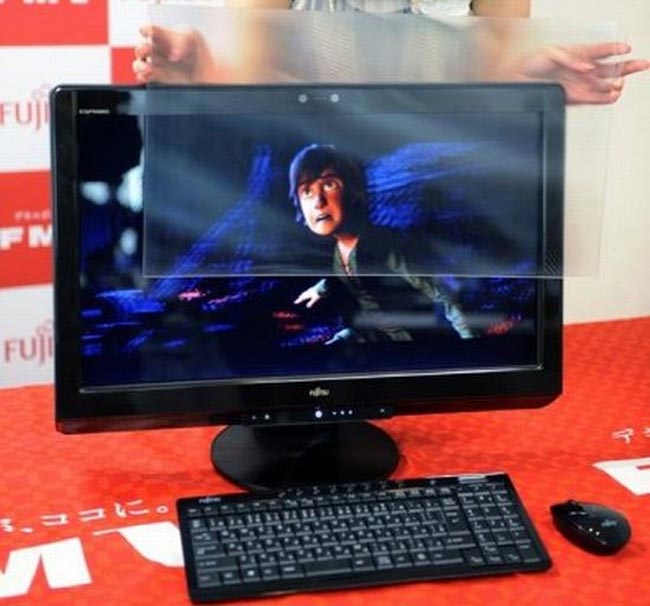 “Without having to wear glasses, you can enjoy watching 3D images with others,” said Fujitsu engineer Toshiro Ohbitsu. “You can share the excitement with family.”

Fujitsu has announced that this new 3D PC will go on sale in Japan in February, and it will also be headed to the US, Europe and the UK at a later date, unfortunately they haven’t revealed any pricing as yet.