Facebook has announced that it will build a new data center in Sweden, in Lulea, which is close to the Artic Circle, and this will be Facebook’s first European data center, and it is designed to handle all the European traffic for Facebook. 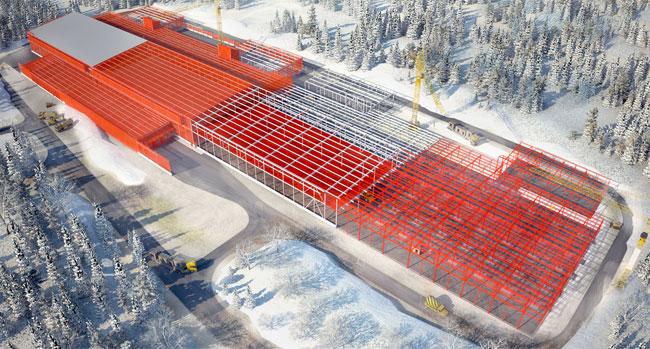 “Facebook’s data center in Lulea marks the beginning of a new era, as we are now entering a digital industrial age”, says Mayor Karl Petersen, himself an enthusiastic Facebook user with more than 1,350 friends on the social network.

“The City of Lulea, the Ministry of Enterprise, and Invest Sweden has been tremendously persuasive in helping us make this decision. We look forward to joining the community and working with them to provide faster, more reliable and more robust service to people around
the world who rely on Facebook to connect and share”, continues Tom Furlong.

This is Facebook’s first data center outside the United States, and the third the company will build, it will be made up of three server buildings and the project is expected to be completed by 2014.