Human Resource Development Minister Kapil Sibal had good reason to be smiling last Thursday when he presented the world’s cheapest tablets during a press conference. 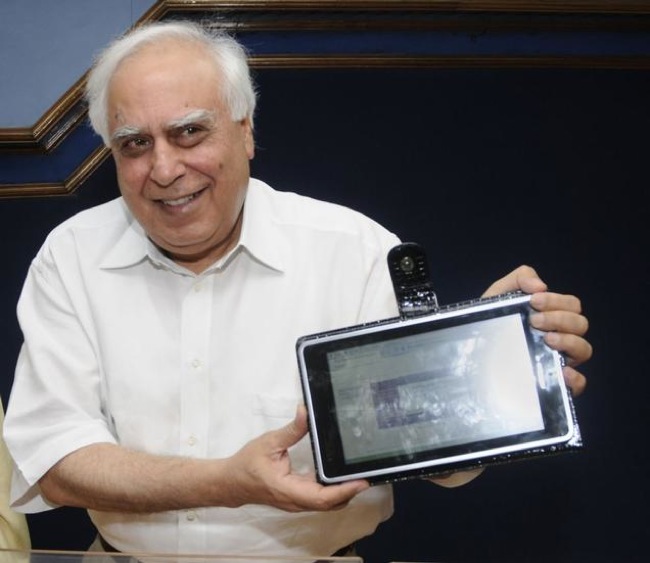 Sibal had to approach the prestigious technical universities after receiving a “lukewarm” response from developers in the private sector. In their current stage, the tablets could run on Linux and are ideal for browsing, email and video conferencing. Additionally, the tablets have a solar power option in the absence of conventional electric charging.

To keep production costs down, the tablet will run on 2GB of flash memory. Among the prototype tablets Sibal showed off, one looked very similar to the iPad and was encased in a leather carrier.

Upon its scheduled release next year, the Indian government plans on subsidizing production and further bringing down costs so that it can be readily accessible to India’s millions of college students. The ultimate goal is make it cost as little as $10.

Until then, Sibal added that manufacturing and distribution deals are still being finalized. He did express optimism about talks with an unnamed Taiwanese firm. We also express our own optimism that these affordable tablets will eventually find their way to our local retailers in the near future.