Apparently you can make money out of thin air, as French student Antoine Deblay is showing after launching his website selling 250ml of French tinned air for €5.50, or about $7.50.

In just three weeks after the site launched launched Deblay has revealed that he has received a thousand orders and has already made thousands of dollars with a 60 percent profit margin. 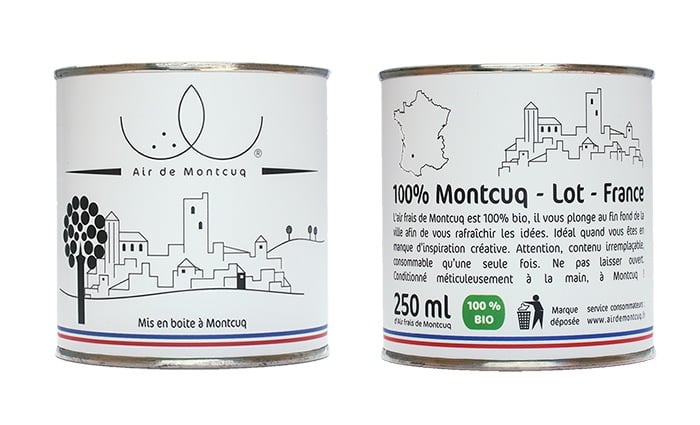 Apparently the joke is in the name of Deblay’s town that is called Montcuq and can be mispronounced “mon cul” or “my ass,” meaning that “Air de Montcuq” can be translated as “the wind of my ass” helping the sales take off. Deblay states on his cans, adding to the joke, and Deblay admits the air itself probably isn’t the reason people are buying it.

“Fresh air of Montcuq is 100% organic, it immerses you in the depths of the city to refresh your ideas. Ideal when you are in need of creative inspiration. Attention: irreplaceable content, consumable once. Do not leave it open.”

“In order not empty Montcuq its air every week we limit our harvest to 10 liters of air. To make the most of the people we are conditioning in small metal pot of 250 ml.”

To own your very own tin of French air jump over to the official website for more details.