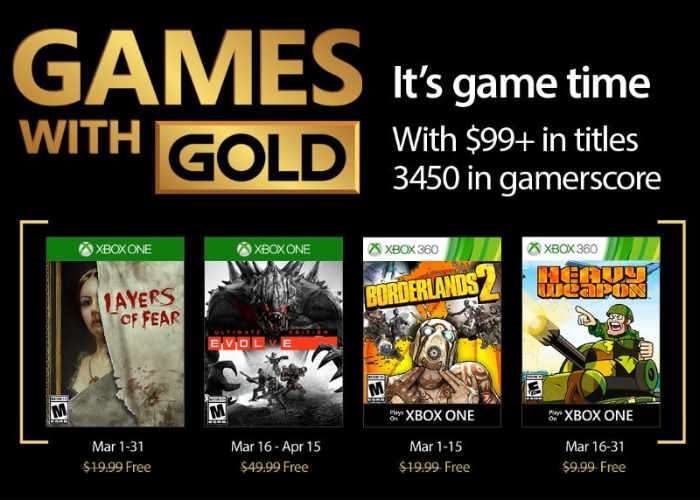 It’s that time of the month again where Microsoft and Major Nelson reveal the next months free Xbox Live Games that will be available. Xbox Live Games with Gold for March 2017 are available on the Xbox 360 and Xbox One and take the form of Evolve, Layers of Fear, Borderlands 2 and Heavy Weapon.

Check out the official announcement trailer below to learn more about what you can expect from the games and when they’ll be available.

For the month of March, Xbox Live Gold members will receive four new free games – two on Xbox One and two on Xbox 360 – as part of the Games with Gold program. You can play both Xbox 360 titles on your Xbox One with Backward Compatibility.