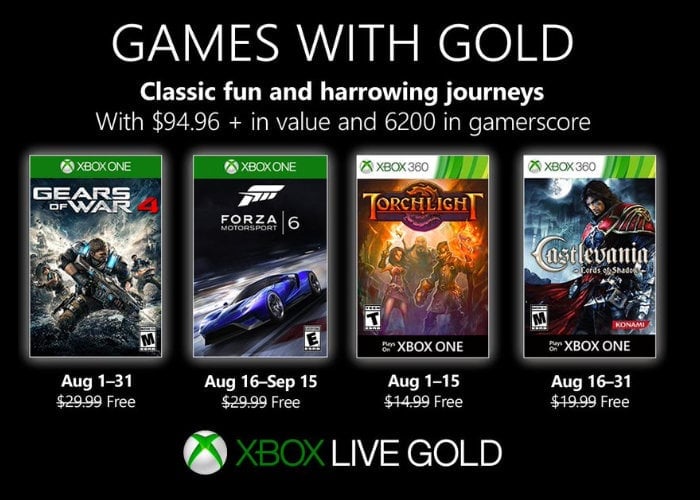 Today Major Nelson has confirmed the free Xbox games that will be available to subscribers of Microsoft’s Xbox Gold service during August 2019. As always during August 2019 Xbox Live Gold members will receive four new free Xbox games, two on Xbox One and two on Xbox 360. And thanks to the wonders of backward compatibility Xbox One owners will be able to enjoy the Xbox 360 titles as well. Check out the announcement the video below to learn more about the four games arriving next month.

Xbox 360 and Xbox One owners will also be able to enjoy Torchlight from August 1st until the 15th and Castlevania: Lords of Shadow from August 16th onwards until August 31st.