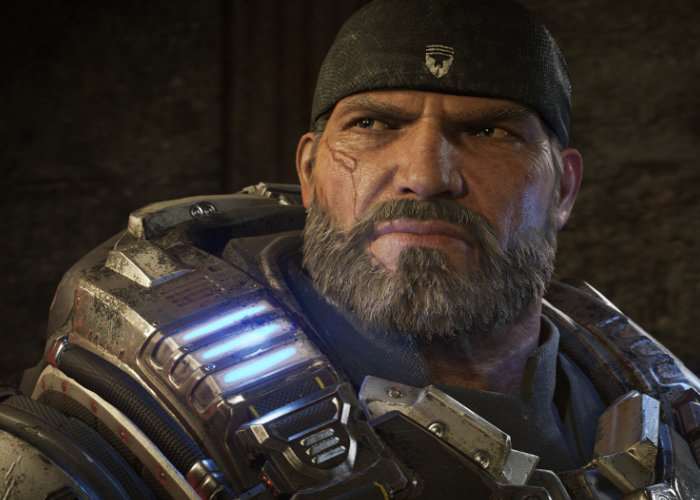 Gamers looking forward to enjoying Gears of War 4 on the new Xbox One X are sure to enjoy the new trailer released by Microsoft today showing a glimpse at what you can expect from the Xbox One X enhanced version.

The Xbox One X will be officially launching early next month on November 7th, 2017 and a free update will be made available for the Gears of War 4 enhanced version on the Xbox One X. Together with a free 10-hour trial which is now available to download.

The Xbox One X version of Gears of War 4 will feature immersive HDR in stunning detail at a True 4K resolution, says Microsoft offering gamers for the first time the new Performance Mode Gears which allows players to choose to play Campaign & Horde at up to 60fps. Microsoft explains more :

We’re excited to share how Gears of War 4 has been enhanced for the Xbox One X. Our new trailer showcases the wealth of graphical and gameplay enhancements that are only possible with the world’s most powerful console.  We’re also excited to finally reveal the Preferred Rendering mode so you can play Gears of War 4 how you want!

Get ready to experience unmatched clarity, richness and details with true 4K visuals (3840x2160) in our Visuals Rendering Mode. Even if you’re playing on a 1080p screen, you’ll instantly notice the difference thanks to a 4K super sampled image that brings you a crisper, richer looking Gears game than you’ve ever seen before.

High Dynamic Range provides increased contrast between lights and darks. Battling your way through a lightning flurry in a windflare has never looked better. Gears of War 4 on Xbox One X supports a wide color gamut for true-to-color definition – just as the artists intended – and now at 4K resolution. We’re excited to announce Xbox One X owners will have two Preferred Rendering Options to choose from in Gears of War 4 – Visuals and Performance!