Some of our readers might remember the Delta Six controller provides an  immersive first person shooter  experience and was first unveiled by its creators back in October 2012.

Since its first unveiling The Delta Six has been marketed on the Kickstarter crowd funding website but then was later cancelled by its creator and then re-launched on the site with a new design earlier this year. 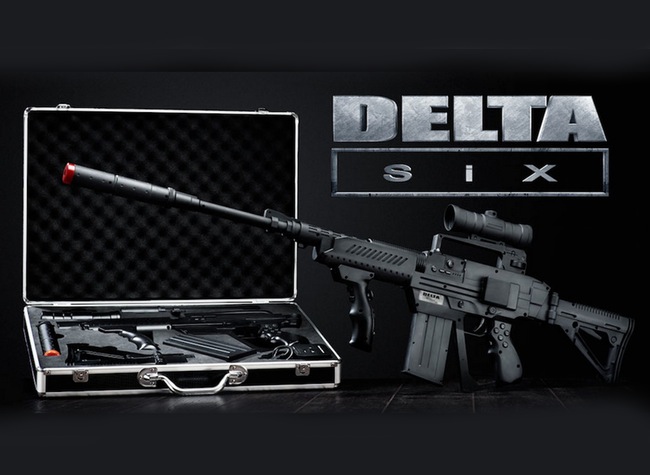 Raising nearly $200,000 towards its development and first production run. Watch the video below to learn more about this very unique and immersive first person shooter controller.

Delta Six controller has been designed as an open source gaming gun which is compatible with the Xbox 360, PlayStation 3 consoles, Windows PC systems and the new next-generation consoles which are soon to be launched by both Sony and Microsoft next month.

If you missed out on the Kickstarter crowd funding project you can still order a Delta Six controller directly from the official Delta Six controller website, with a saving of $55 off the retail price, when it finally launches later this year in time for the holiday season.