Some of our readers might remember the Delta Six virtual weapon controller that launched on Kickstarter back in October 2012, but was then pulled by its creator after it seems to struggle to get backing.

Now the Delta Six has been redesigned and includes a new open source Ardunio core, that makes it perfect for next generation and existing Xbox 360, PS3 and PC games consoles. Watch the video after the jump to learn more about the Delta Six project and see it in action. 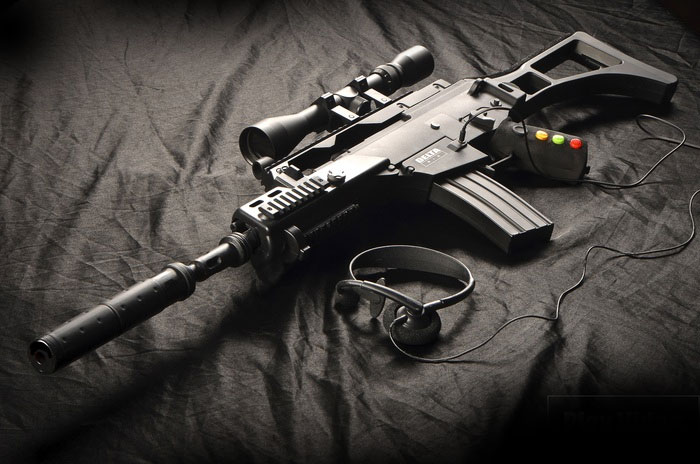 We love FPS, but things were getting a little repetitious for us.The thrill of playing was losing it’s mojo.We have found it again and it’s better than ever for us.We made a FPS controller that is like nothing you have ever experienced before. Our vision is to bridge the gap between motion control and Hardcore First Person Shooters.

For the first time a Call of Duty player will feel more immersed in game-play and have more control over the game than ever before.Unlike motion control of the past we do the work for you. When you playing you will have real recoil. Taping the clip will engage a reload in your game.

We have installed an IR proximity sensor so when you go to aim the game zooms for you. When you are zoomed in your game if you pull the stock into your shoulder slightly your aim will become steadier with the FPS breath hold feature. While playing if move the Delta stock towards the screen a melee or slash action will occur. People who donate $159.00 will receive the Delta early and not have to pay 225.00 dollars that non funders will have to pay.”If you add in all the sensors the tooling and design work you are getting the Delta at our cost. With this one you are really coming out ahead and helping to get this amazing project off the ground.” said David Kotkin, owner and inventor of The Delta Six.