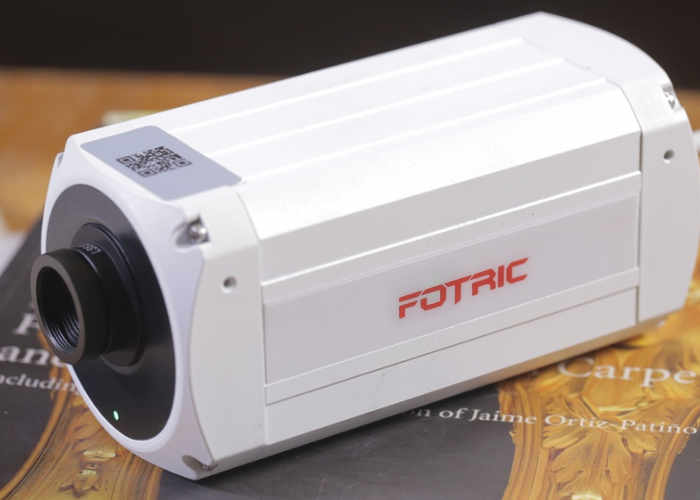 Fotric Precision Instruments have this week unveiled a new cloud-based thermal camera which can be used for a number of different applications and comes complete with its own smartphone companion application allowing you to view imagery directly from your mobile device.

The Fotric 123 cloud-based thermal camera detects hotspots and sends visuals directly to your smartphone when alerts are set allowing you to use the system as an early fire alert device.

Watch the video below to learn more from the developers based in Texas were taken to Kickstarter this week to raise the $10,000 they require over the next 60 days to go into production.

Do you know that fire hazard can be detected well before a fire starts? Fotric 123 intelligently detects unusual object heating and triggers fire alarm with a sensitivity of 0.1°C. Fotric 123 features smart cloud-based program to monitor and send early fire alert. User can view the thermal video in real-time on the smartphone. When any unusual and suspicious temperature condition occurs, the information is uploaded onto the cloud server and the fire hazard alert is instantly transferred to smartphone for user monitoring.

For more information on the new Fotric 123 jump over to the website for details by following the link below.