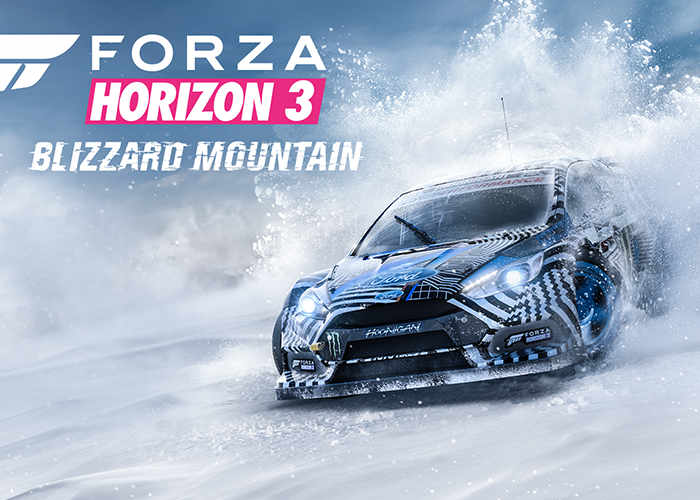 If you haven’t taken advantage of the discounted Forza Horizon 3 Expansion Pass the new content is also available to purchase individually, and allows drivers to enjoy the “extreme elevations and challenging weather conditions that can only be found on the mountain”.

A big part of the fun with Blizzard Mountain is the amazing roster of new cars and trucks coming to the game, each of which have been hand-picked to provide maximum fun.

Heading off the list is the brand new 2016 Ford GYMKHANA 9 Focus RS RX. Then there’s legendary rally racers like the 1985 Lancia Delta S4 Group B, the 1975 Lancia Stratos HF Group 4, alongside rough and ready trucks like the 2016 Nissan Titan Warrior Concept and the 1965 Ford F-100 Flareside Abatti Racing Trophy Truck and the 2016 RJ Anderson #37 RZR-Rockstar Energry Pro 2 Truck. Last, but not least, the 2016 Subaru #199 WRX STI VT15r Rally Car is a slice of modern rally brilliance that must be driven to be believed.