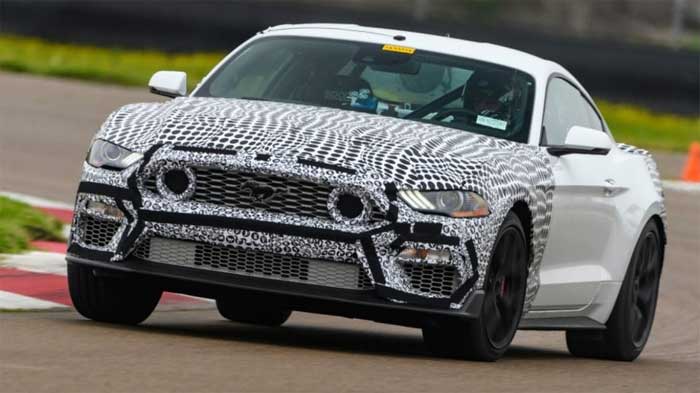 Ford’s popular Shelby GT350 is being discontinued after the 2020 model year. That means that the automaker will need a new Halo sports car to sit below the GT500 in the Mustang hierarchy. Ford has confirmed that the Ford Mustang Mach 1 will return for the 2021 model year as a limited-edition.

The automaker says that the vehicle will be the “pinnacle of style, handling, and 5.0-liter V-8 performance”. Mach 1 is an iconic car in the Mustang line, having first debuted in 1969. Various Mustang models over the years have carried the Mach 1 name, and a rumor suggests that the Mustang Mach-E was initially slated to be called the Mach 1 before fan protests killed that idea.

The current image above is a test mule wearing a heavily camouflaged front and rear end. One thing we don’t see in the teaser image is the rather iconic shaker hood. Ford says that the 2021 Ford Mustang Mach 1 will be the “most track-ready 5.0-liter Mustang ever.” There is a notification of pricing or exactly when the car might launch.