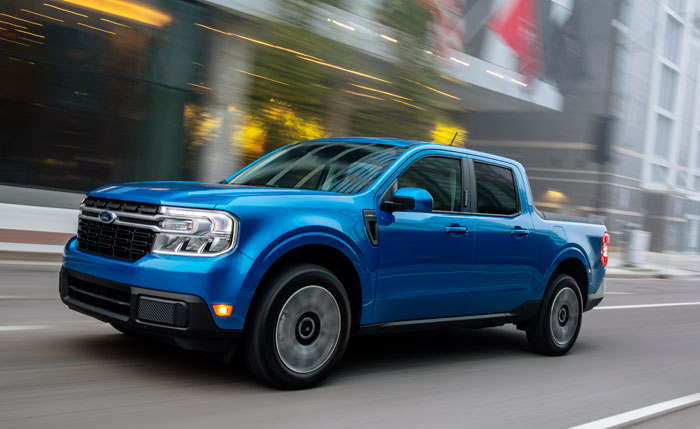 There are many people out there who are very excited about Ford’s new small pickup called the Maverick. Ford had already promised that the vehicle would have impressive fuel economy, and the EPA estimates have now been officially announced. The EPA expects the hybrid Maverick to achieve 42 miles per gallon in the city.

Ford expects to begin shipping the first Maverick Hybrid pickups in December, with customer deliveries beginning in January. EPA fuel economy is estimated at 37 MPG combined and a driving range of more than 500 miles. Deliveries of the Maverick EcoBoost began in September, with more of that version of the truck on its way to dealers.

Ford points out that with an EPA estimated 42 MPG in the city, the Maverick pickup is more fuel-efficient than the 2022 Honda Civic. While being more fuel-efficient, the Maverick has room for five people with towing and hauling capacity for weekend trips and other needs. Ford also says it expects that all Maverick Hybrid production for the 2022 modelyear will be reserved by early November.