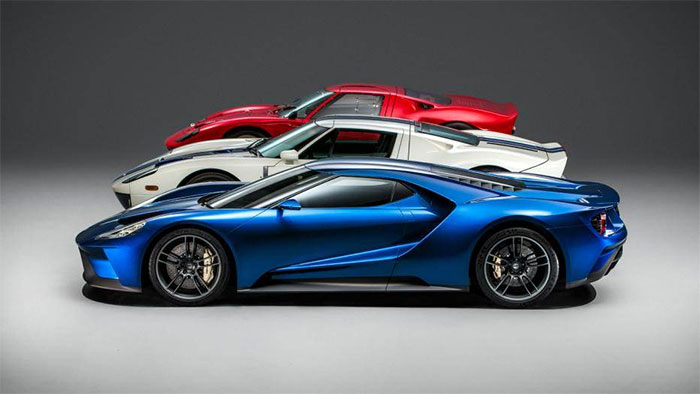 Remember that awesome 2016 Ford GT that we talked about back in March? The car will sell for around $400,000 for each unit and Ford had said that production would be very limited. New details on just how limited Ford GT production will be have now surfaced, don’t count on seeing one of these in your local dealership. Word is that only 200 units will be built globally.

That number is even worse when it comes to US availability; only 100 units are tipped to be coming to Ford’s home country. That means even at $400,000 per unit they are likely to sell out quickly. The other 100 Ford GT units will be split up between other countries where Ford has a big presence. The UK will reportedly get less than 20 cars.

It’s unclear which other countries will get the car and just how many each place will receive. Word is that the other markets will get less than ten cars each. You can bet that a handful will go to the uber-wealthy in the Middle East. The Ford GT will be racing at the FIA World Endurance Championship.